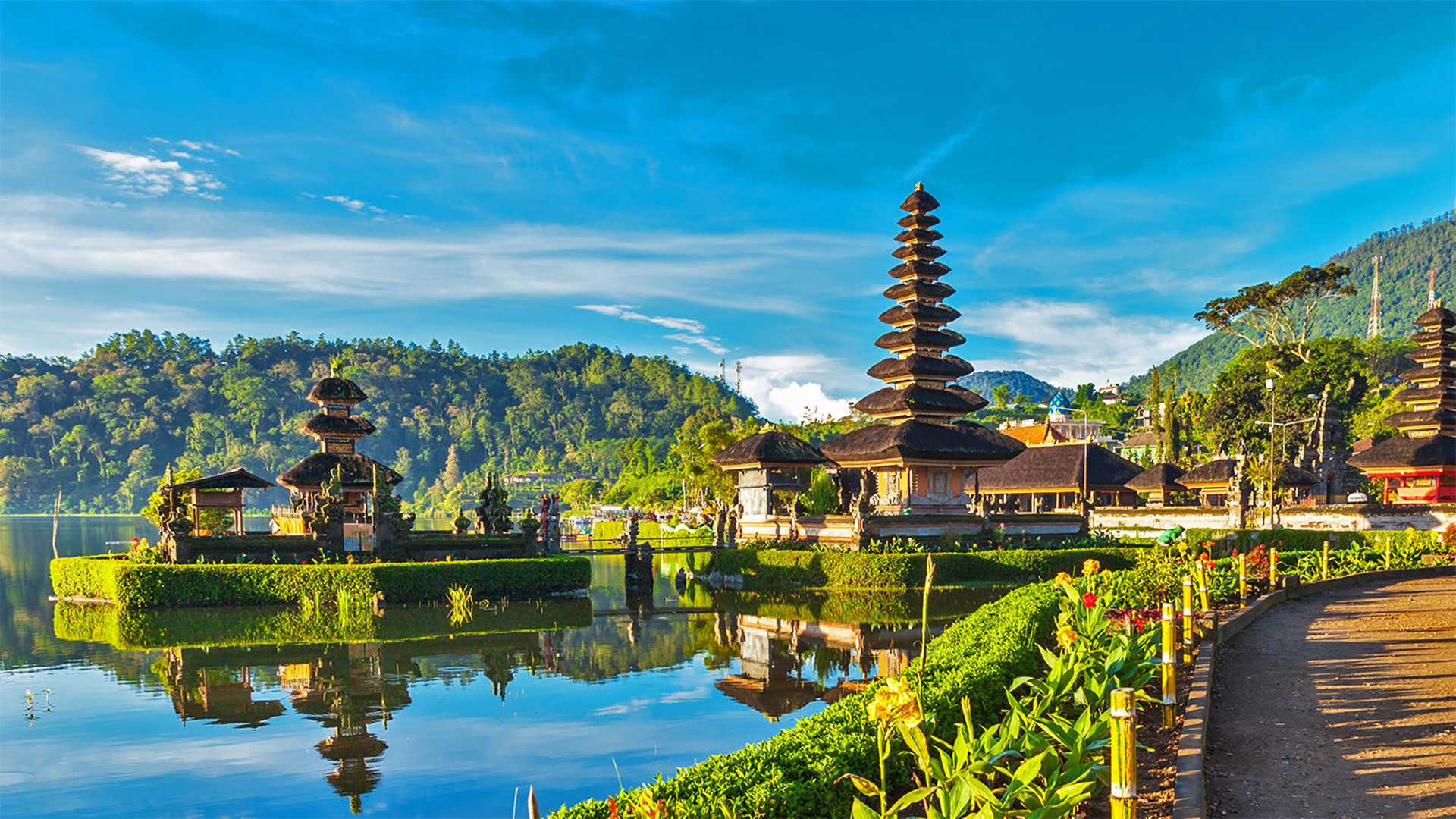 Increasingly popular with cruise passengers and very well served by all of the major lines, Asia and the Indian Ocean offers a huge choice of unique destinations. From the sophistication of Singapore through to the melting pot of India, the traditions of Thailand and Indonesia and the sheer scale of China, you will never be short of great options – often incorporating hugely different cultural offerings and with increasingly fabulous on-shore options, this is a fascinating region to explore. Lying in the Indian Ocean off the eastern coast of Africa, a visit to the paradise island nations of the Maldives and Seychelles is an absolute must, with their stunning white sands and deep blue seas.

A visit to the Far East is an experience for all the senses and it’s easy to understand why this destination is a mecca for many travellers. From Buddhist temples in Busan to exotic and otherworldly beaches such as Halong Bay in Thailand, there is an incredibly diverse landscape and range of points of interest which will be unforgettable for any visitor.

Cruisers can visit sprawling metropolises like Singapore, Shanghai and Tokyo where there are points of interest around every corner from beautiful Japanese gardens and traditional temples to the Imperial Palace of the Emperor of Japan or Lantau Island which lies at the mouth of the Pearl River and is home to the 34 metre tall Tian Tan buddha as well as spectacular hiking routes

There are centuries of history to discover including impacts of wars, migration and colonisation which have shaped such colourful and vivid cultures and customs. World-class museums and art galleries reflect these changes and developments in fascinating ways, so you’ll have plenty of stories and wisdom to share on your return home.

One of the biggest experiences you’ll find in the Far East is the cuisine which is a smorgasbord of different flavours and textures. Sprawling seafood markets and floating markets are perfect for discovering local ingredients and sampling dishes like Tom Yum (spicy shrimp soup) in Bangkok or Har Gow a traditional Cantonese dumpling served in dim sum which is favoured in Hong Kong.

As a long-haul destination, we recommend adding pre or post cruise stays to your holiday so that you can make the most of your journey to Asia. Here at WOWCruise we offer a wide choice of Far East itineraries that we can enhance with land stays. Take a look at our offers below or get in touch on 0800 888 6787 if you have an idea in mind you’d like us to quote for. 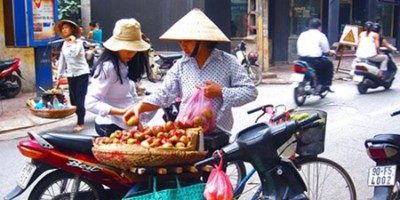 From architecture to art, this city holds something intrigue for anyone who visits. Foodies should take a wonder around one of the local markets such as the one in Tiong Bahru where you’ll find famous local fare such as chwee kueh (steamed rice cakes topped with preserved radish) and lor mee (braised noodles). A must-visit point of interest in the city are the Gardens by the Bay, a nature park spanning 101 hectares of land adjacent to the Marina Reservoir. The gardens contain over one million plants and a walk along the OCBC Skyway will give you impressive views over the gardens and marina from 22 metres above ground level. It’s also worth noting that the cruise port in Singapore in just a short distance from Sentosa Island which is home to the world’s largest oceanarium as well as Universal Studios Singapore, both of which are great days out for families in particular. 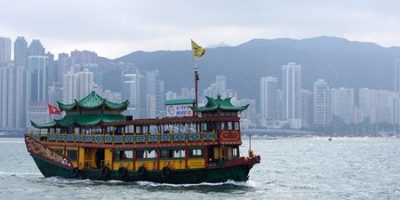 The cruise port in Laem Chabang is approximately 1.5 hours drive from Bangkok however there are several transfer providers that you can pre-book to take you there when you arrive. Bangkok is a city that could swallow you up, it buzzes with activity and people yet there is a deep sense of culture and religion here which can be seen with a visit to Rattanakosin royal district where you’ll find the Grand Palace and sacred Kaew temple. There’s also Wat Pho temple with its giant reclining buddha and Wat Arun temple which comprises of grand steep steps and a tall spire. Whilst in Bangkok be sure to visit one of the floating markets, the cultural experience is sure to be a world away from your everyday. 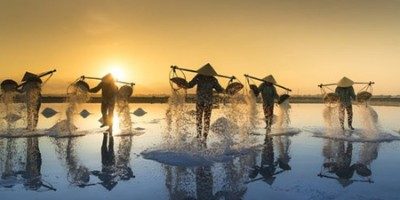 Busan is Korea’s second largest city and home to 4 million people. Here you can explore a myriad of sights such as the 4th century seaside Buddhist temple Haedong Yonggungsa or Jagalchi Market, Korea’s largest seafood market where you can take away or eat local specialities at informal stalls. Rugged mountain ranges skirt around the city offering hiking and glistening beaches hold promise of relaxation, swimming and fishing. 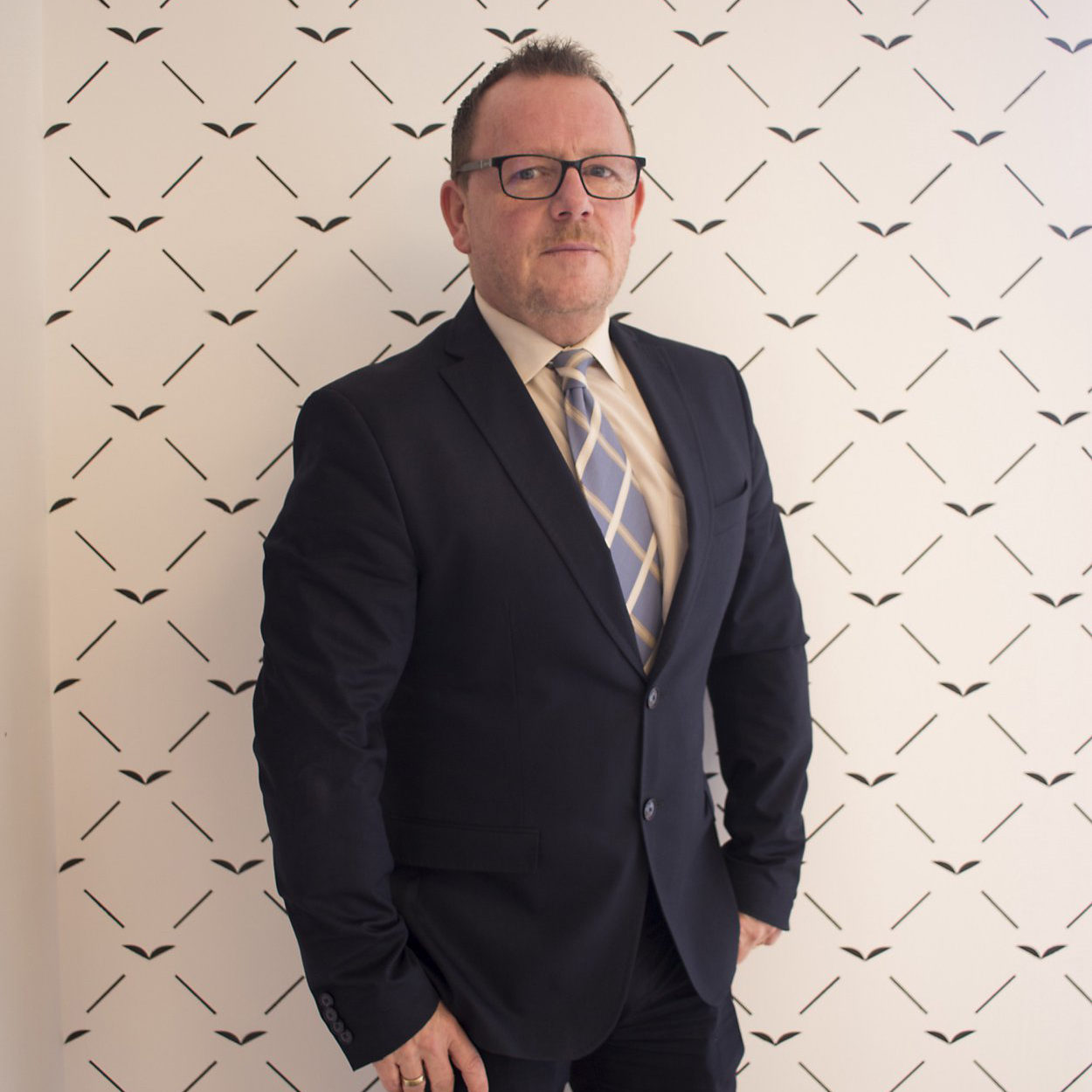 Jonathon says "At 8pm every night Hong Kong Harbour’s light show is incredible as it is impressive. You may be lucky enough to be on a cruise where your ship will sail through the harbour, with music synchronised with the light show as it plays through the ships public address system." 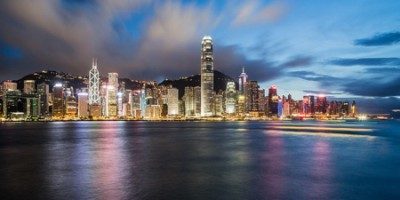 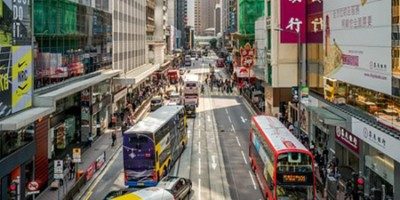 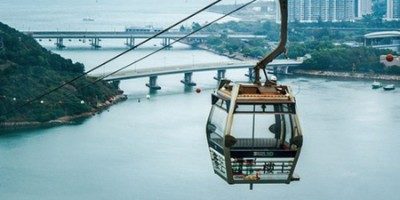 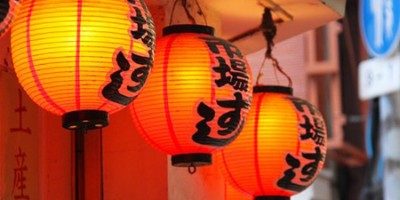 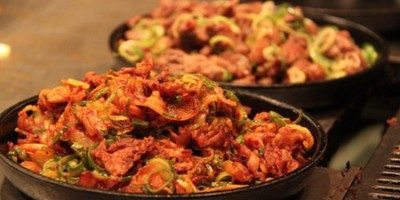 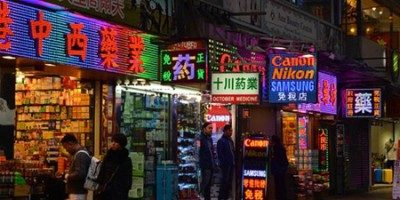 This populous South Asian country offers huge cultural, historical and geographical diversity. With terrain and history stretching back for 5 millennia, it is a truly stunning country that incorporates iconic features including the legendary Himalayan peaks.

Home to the Mughal Empire and the Indian Raj, India is dotted with incredible landmarks including Delhi’s Red Fort, Agra’s iconic Taj Mahal, the massive Jama Masjid mosque and of course the famous river Ganges, a destination for pilgrims for millennia. As a cornerstone of the British Empire, colonial architecture abounds mixed in with the vibrant modernity of one of the world’s most dynamic growing economies.

Whichever port of call you visit on your cruise, India will offer you a rich and diverse experience without equal and a feast for the senses. Major cities include Delhi, Jaipur, New Delhi, Agra, Mumbai and Udaipur.

Here at WOWCruise we offer a wide choice of cruise itineraries that incorporate ports of call in India. Take a look at our offers below or get in touch on 0800 888 6787 if you have an idea in mind you’d like us to quote for.

Jonathon says "From calming temples to bustling cities, India is a spiritual experience. The 3 ‘S’ are set to work – sight, sound and smell – as you experience it all on a cruise or overland tour either from Mumbai or Dubai. Cruises often call into Goa where you can see the Portuguese architecture all around, Cochi known as the Queen of the Arabian Sea and Mumbai which was once known as Bombay, you must see the famous gateway to India and the Taj Hotel on the visit." 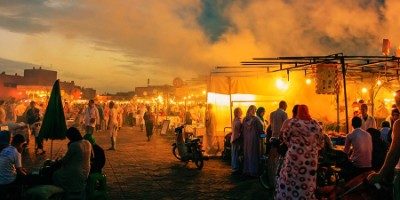 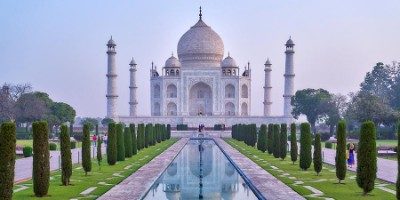 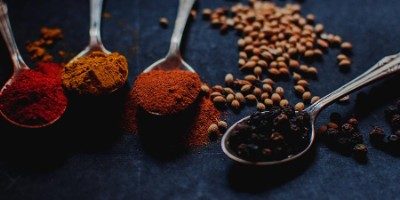 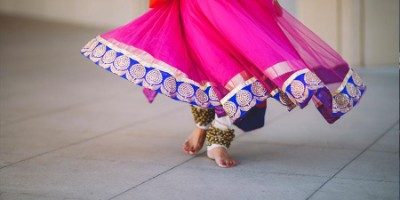 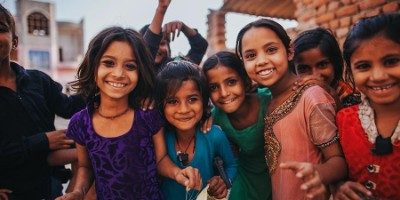 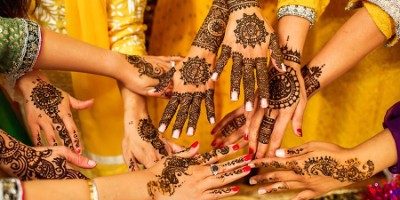 The Indian Ocean offers some of the world’s most beautiful and exotic islands including Mauritius, the Seychelles, the Maldives and Madagascar. Dense jungles, picturesque white sand beaches, volcanic mountains and peaceful lagoons are part of the many awe-inspiring landscapes you have to look forward to.

If you’re seeking a holiday which offers adventure, relaxation and wildlife then the Indian Ocean is just what you’re looking for and it’s easy to see why this is a particularly popular destination for honeymoon cruises as here you’ll create memories together that will last a lifetime.

There are many mind blowing experiences to be had on a cruise here, however some of the highlights include exploring the Indian Oceans largest lagoon on Mayotte, seeing the lava tubes on Reunion Island, spotting rare black parrots in Vallee de Mai and heading off the beaten track to explore the jungles of Madagascar.

The capital of Sri Lanka, Colombo, is one of the main embarkation ports for an Indian Ocean cruise and it has a long history of being a main port on ancient east-west trade routes. In the city you can discover Buddhist temples, traditional Sri-Lankan cuisine and Viharamahadevi Park which sits next to the National Museum.

Here at WOWCruise we offer a wide choice of cruise holidays travelling to Central America with several different cruise lines including Princess, P&O, Fred Olsen and Celebrity Cruises so we can help you discover a holiday which is perfect for you. Take a look at our offers below or get in touch with any questions you have on 0800 888 6787. 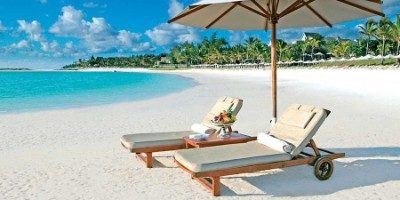 Port Louis is the capital of Mauritius and here you’ll discover French colonial architecture, historic mosques and some truly superb gardens including Sir Seewoosagur Ramgoolam Botanical Garden which dates back to the 18th century and today sprawls over 60 acres with over 500 plant species. For the adventurous a hike to see Pieter Both may appeal. Pieter Both is the second highest peak in Mauritius and its summit at 820 metres tall bears a striking resemblance to a human head. 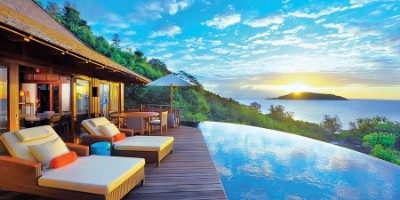 Although it’s most notably known for its stunning palm-fringed beaches, Praslin Island is also home to an incredible area of natural beauty in the Seychelles; Vallée de Mai. This nature park is a UNESCO World Heritage site often referred to as the ‘Garden of Eden’ due to its secluded and mystical nature. In the park you can find the largest seed in the world - the Coco der Mer, and a variety of wildlife including rare black parrots. 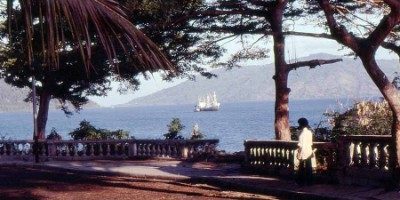 Hell Ville is the capital of Nosy Be and a popular beach resort. The island is just off the coast of Madagascar, making it a gateway destination to the fascinating jungles beyond where 80 to 90% of the plants and animals are endemic. Whilst on Nosy Be you can visit the Lokobe Nature Reserve which is home to chameleons, geckos and lemurs or perhaps take to the sea instead and go swimming with sea turtles or head out on a whale watching expedition.

Jonathon says "From calming temples to bustling cities, India is a spiritual experience. The 3 ‘S’ are set to work – sight, sound and smell – as you experience it all on a cruise or overland tour either from Mumbai or Dubai. Cruises often call into Goa where you can see the Portuguese architecture all around, Cochi known as the Queen of the Arabian Sea and Mumbai which was once known as Bombay, you must see the famous gateway to India and the Taj Hotel on the visit. " 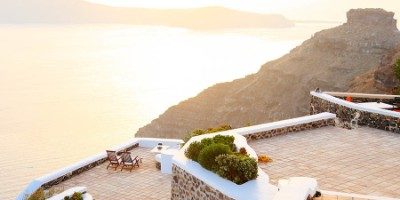 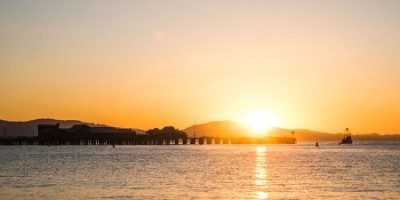 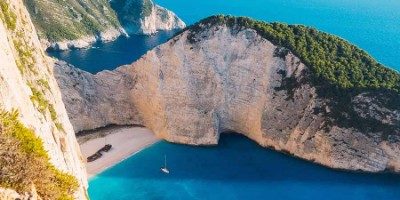 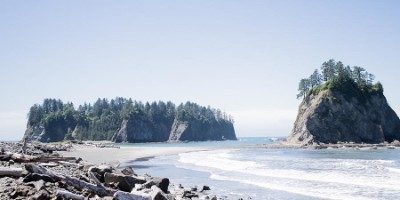 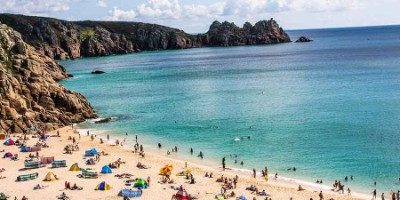 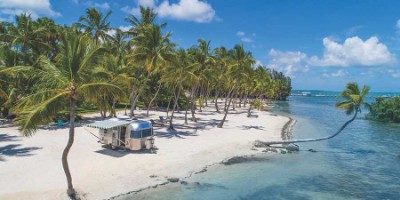